If ever a role was appropriately cast, it was that of Alan Swann. Not that Peter O’Toole, who played the alcoholic, Errol Flynnesque swashbuckler in that problematic but rather lovely valentine to Mel Brooks’ youth, My Favorite Year, was ever one who could be accused of being what Swann protests he is in what remains the most memorable line of Norman Steinberg’s screenplay (“I’m not an actor, I’m a movie star!”) But O’Toole was, like Swann, an almost legendary roisterer and public drunk, as with so many of his male contemporaries. I hesitate, as always, to employ the overused hack-word “legendary,” but in O’Toole’s case, as with Richard Burton, Richard Harris, Lee Marvin and Oliver Reed, his capacity for bibulousness was so famous it almost demands the adjective. O’Toole’s father was an alcoholic, so it may well be that Peter’s condition was inherited. But I often wonder if men like these, outwardly macho in so many ways, turn to drink in part because something in them recoils from making a living at play-acting; one has only to glance at the number of digital speculations on this or that male actor’s sexuality to know that the profession itself is still, in some curious way, suspect in the eyes of many. (Although Burton for one rejected the notion.)

By the time O’Toole assayed My Favorite Year, he had been sober for several years; he’d come close to dying in the mid-’70s from digestive distress, exacerbated by drink. He understood the Alan Swanns of the movie world very well, and while there is in his deliciously comic performance no obvious grab for sympathy, by the time he made his absurd, triumphant final stand, I was moved to tears by the sheer, heady bravado of the thing.

It was, in a way, a culmination of two decades of magnificent film performances. While he made his movie debut in 1960, and for Disney, no less, it was his stunningly effective, rigorously intelligent, remarkably ambiguous central performance in David Lean’s Lawrence of Arabia (in a screenplay credited initially to Robert Bolt but written primarily by Bolt and the blacklisted Michael Wilson) that heaved him to cinematic immortality. O’Toole’s Lawrence is a performance so rich, so varied, so ultimately un-knowable, it could easily have served as the climax of anyone else’s movie career, let alone its mere beginning. Although in life T.E. Lawrence looked rather more like Leslie Howard, if he was not very much like O’Toole in other ways, he ought to have been. 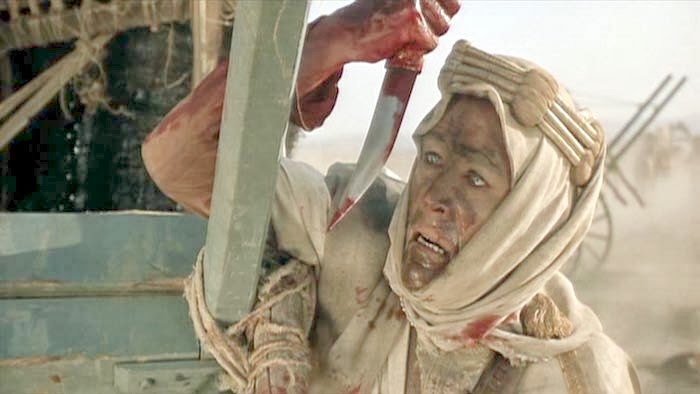 He was the tormented Henry II in Becket (1694), seemingly love-sick for the man he must ultimately have murdered in order to cement his power; the sexy center of Woody Allen’s ludicrous, over-produced but amusing What’s New, Pussycat? (1965); and the perfect squire for Audrey Hepburn in the amiable How to Steal a Million (1966) before (as an older Henry) being beautifully matched, blow-for-blow, by that other Hepburn, Katharine, in James Goldman’s eminently quotable The Lion in Winter (1968) in which he memorably roars, “When the king is off his arse, nobody sleeps!” Indeed. 1968 was not the first time O’Toole was — there is no other word for it — robbed at the Oscars®. Nor would it be the last.

He was a remarkably, subtly effective Chipping in the 1969 Goodbye, Mr. Chips with its (to me anyway) underrated Leslie Bricusse score and, in 1972, staggeringly good as the insane Lord Gurney in the alternately wildly, riotously, hysterically funny and deeply unsettling movie adaptation of Peter Barnes’ satirical attack on his alleged betters, The Ruling Class, in which the young Earl begins believing he is Jesus Christ and ends, chillingly, and appropriately, equally certain he is Jack the Ripper. It is among the greatest performances of a great period of movies, on a par with Nicholson in Chinatown, Beatty in McCabe and Mrs. Miller, Brando and Pacino in The Godfather and Sutherland in Klute.

Lady Gurney: How do you know you’re God?
Jack: Simple. When I pray to Him, I find I am talking to myself.

A period of poor movies followed, perhaps a reflection of O’Toole’s growing alcoholism. He made a spectacular return to form, however, in 1980, as the enigmatic, obliquely sinister filmmaker Eli Cross in Richard Rush’s absolutely non-pariel adaptation of the Paul Brodeur novel The Stunt Man. Naturally, it netted him an Academy Award® nomination. And just as naturally, he lost, this time to Robert DeNiro’s appallingly self-indulgent performance in the staggeringly overrated Raging Bull. 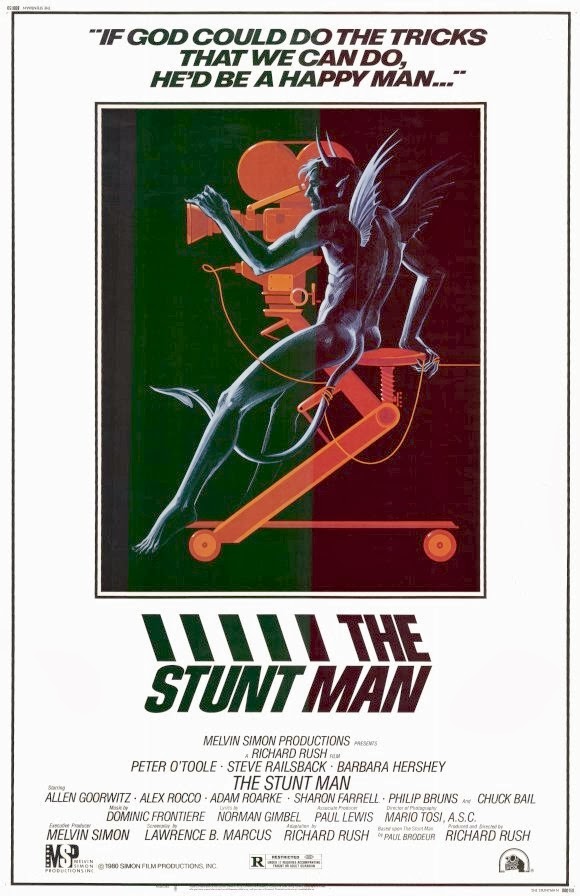 Two years later, O’Toole was Alan Swann on the big screen and the surprisingly compassionate, conflicted Lucius Flavius Silva on the small, in the beautifully crafted miniseries Masada. He was Reginald Johnson, Pu Yi’s teacher in Bertolucci’s The Last Emperor in 1987, and received a final Oscar® nod in 2006 for Venus. The big prize eluded him, although the Academy, in its usual purblind practice, conferred an honorary statuette on him in 2003. He wasn’t very happy about it.

Awards, however, are far from the point. An actor who can give us, in a span of two decades, Lawrence, Henry (twice), Mr. Chips, Jack Gurnsey, Eli Cross and Alan Swann, was a force of brilliance whose like we will surely, with the general decline, both in film acting and of the movies themselves, never see again. That he was witty in himself and, for many years (and in spite of his serial addiction) remarkably beautiful,* was icing on an already delectable cake.

So, screw the flights of angels, Peter†; may the singing that sees you to your rest issue from one hell of a swinging bash. A last fling won’t kill you now.

* Noel Coward to O’Toole: “If you had been any prettier, it would have been Florence of Arabia.”

† He was one of those, too — actually three — in the 1966 John Huston/Christopher Fry film of The Bible.