As screen musicals go, 1776 isn’t entirely among the finest. It’s a bit lumbering at times, and a couple of the “big” numbers (“The Lees of Old Virginia” chief among them) are exactly the sort of thing that justifies the biases of people who hate musicals to begin with. But this movie version of the wildly successful 1969 Broadway musical came along at a particularly propitious moment for me; at the age of 11, it turned me on to theatre, musicals, John Adams and American history, and will thus always hold a special place in my heart. In addition, it features either the original New York cast members or their replacements and — in its recent reconstruction for laser disc, DVD and Blu-Ray — transcribes pretty much the whole show. (Jack Warner removed one especially pungent number, “Cool, Considerate Men,” at the behest of Richard Nixon — yet another reason, if one were needed, to despise Tricky Dick.)

Chief among the movie’s pleasures are the dogged Adams of William Daniels, Howard da Silva’s pugnacious Ben Franklin, the delectable Blythe Danner as Martha Jefferson, and a (largely) superb score by Sherman Edwards, Peter Stone wrote the often very witty script, resorting only sparingly to direct historical quotation and the superb orchestrations are by the great Eddie Sauter. The only disappointment for aficionados of the original show may be the otherwise splendid John Cullum’s rendition of the incendiary “Molasses to Rum.” Compare Cullum’s performance here to Clifford David’s on the original cast recording: Cullum is impassioned, but David’s almost uncontrolled ululations are hair-raising. 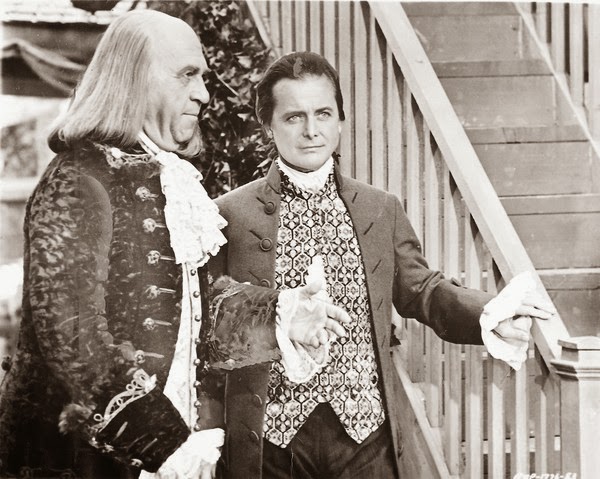